Science: PEMFs stimulate all levels of the body

Nothing happens in the body without an electromagnetic exchange between cells.

Natural electromagnetic energy controls our chemistry – it’s what allows your heart to beat, your brain to process, and your body to accept and use the food you give it. When this electromagnetic energy is disrupted (by a bruise or scrape, a tough workout, bad diet, or simply from getting older), our cells are impaired. When your cells aren’t healthy, your body isn’t healthy, in whole or in part. 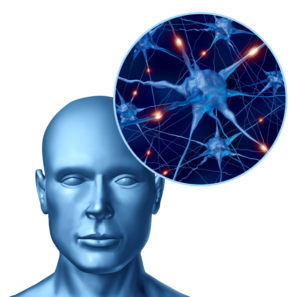 By introducing a complementary electromagnetic field into the body, you can reestablish healthy electromagnetic exchanges. This is where PEMFs are so valuable – they stimulate all levels of the body. They are non-toxic and non-invasive, and also penetrate through the entire body, affecting individual cells that make up the tissues, organs, and complete body systems.

During the healing process, we affect the physics of the cell first. The physics affects the chemistry, which affects the tissue. Dependent on the problem, PEMFs can address an imbalance quickly (as with a bruise), or work to bring about a change over time (as with organ system dysfunction).

The higher the intensity, the higher the charge that will be produced in the body, and the faster the cells in the body will be affected. A 1 Gauss magnet will produce 100,000 times more powerful charge than what the body produces on its own. The PEMF-120 produces a  maximum of  around 9,400 Gauss, which at the higher intensities can produce enough charge to cause muscle contractions.

Higher intensities have been said to be dangerous, but the body is exposed to a very wide array of intensities. The earth’s magnetic field, for instance, is about one half Gauss. An MRI machine is typically up to 40,000 Gauss (4Tesla). The human body itself puts out about one millionth of a Gauss. Used appropriately, these fields can provide benefit.

Three aspects of patient exposure to EMFs have been cause for concern since the introduction of the MRI, which are the most intense PEMFs that most humans will be exposed to in a lifetime. These aspects of MRI are the radiofrequency transmitter fields, the time dependent gradient fields, and the static field. Theoretical and experimental studies indicate that MRI is not harmful, as confirmed by the millions of scans performed over the last several decades, except for metal and electrical devices in the body.

The magnetic energy difference between adjacent energy states induced by a 4T field is less than heat energy by a factor of about 58. Even at 4T, only small changes in heat are produced. The PEMF-120 produces a maximum of about 1.5 T, and while it can cause muscle contractions at its highest levels, it is otherwise well below the threshold for what a human body can handle.

The instantaneously higher intensities are of a shorter duration, which produces more activation of molecules. This means that the “on-time” of the charge is short, which enables the cells to have enough “off-time” to actually use the energy they have just received, and reset themselves to receive it again.

As a result of very high intensities, the produced high charges in the body can increase the Adenosine Triphosphate (ATP) of cells by up to 500%, giving cells more fuel to be efficient in the body, and influencing stimulation for the body’s own capacity for healing. The PEMF-120 is a time-varying magnetic field which induces an electric field in the body, whose magnitude is proportional to the rate of change of the magnetic wave. The ability of this system to produce up to 5.3T per microsecond produces these changes substantially and quickly, garnering noticeable results at amazing rates.

The charges produced by high-intensity magnetic fields has been found in research to positively benefit coagulation, fractures, psychological/cognitive issues, immunology, muscle actions, nerve conductivity, EEG effects, intestinal motility, skin respiration, antioxidant activity, and many other bodily functions. Relief from many different ailments has been reported after just a few treatments even with this high intensity PEMF-120.

The National Institute of Health (NIH) has published close to 400 abstract studies about PEMF and health on their PubMed website. Health conditions including pain, wound healing, and nerve repair have shown significant benefit from PEMF treatment.